Ah, the place we’ve all been waiting to see. The Golden Gate Bridge. 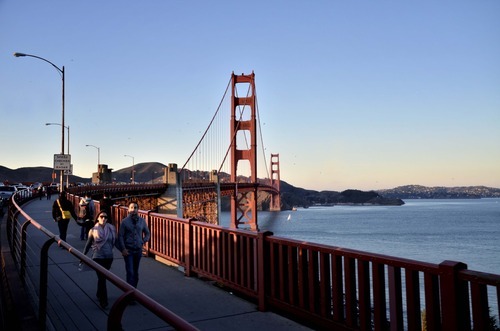 Here’s another angle of the bridge. LOL Well, basically the same angle but portrait mode (and with different passerby). 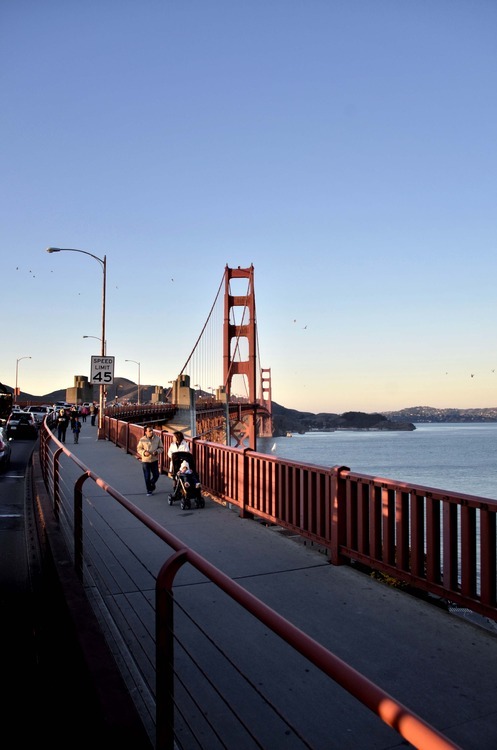 Too bad we went there when the sun was setting (fast) and the light was just not enough for photos. But it was good because the place looked golden in the light of the setting sun. If only we had time to walk on the bridge and not speed through it via car. Also, it was hella cold (my nose was dripping without me knowing) and I could barely keep my hands glove-less to hold my camera. It was really windy, too, because the tour car we rode was an open-air one.

These are the only photos we got to take with the bridge (while on the bridge). 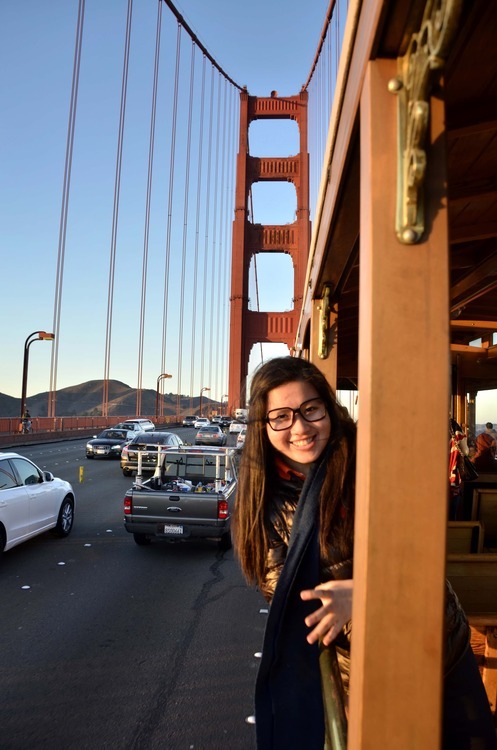 So, anyways, we go through the length of the bridge and the tour guide/driver lets us off the photo spot for, maybe, 10 minutes, to take photos with the bridge. It got hella colder and it was just so difficult to have the camera out ‘coz it meant I had to remove my gloves. 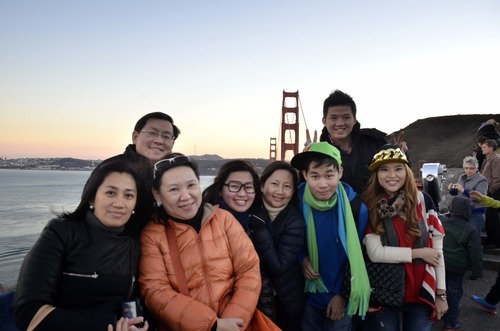 But sacrifices had to be made. We pulled a friendly tourist to take a photo of our group and voila~ group photo with one of the seven wonders of the world photobombing us at the back.

Everyone had solo photos taken and here’s mine~ 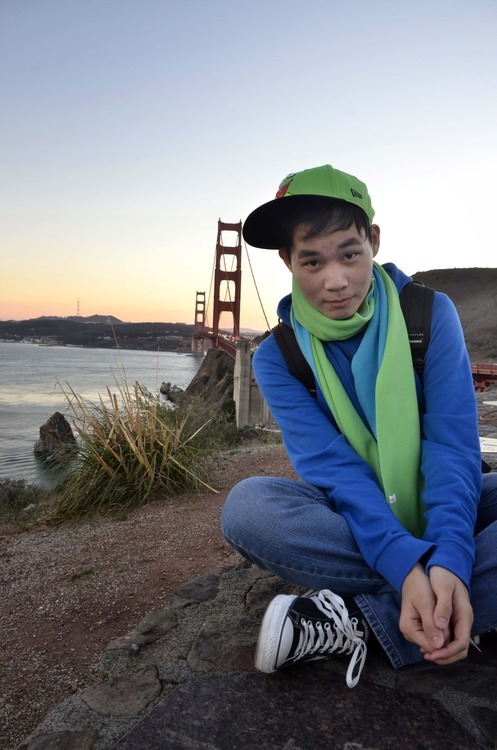 After taking photos in the cold, we return to our car and were brought to the fishing village of Sausalito. It was a pretty place with boutiques lining the roads and the bay. We got to see the skyline of San Francisco, but it was already pretty dark when we got there… so no photos. Sad.

After the trip to the bridge, we stopped by Ghirardelli Square where we bought the famous chocolate and where I drank the most heavenly hot cocoa with sea salt and whipped cream. Or maybe it just felt so heavenly ‘coz it was perfect for the cold weather. I couldn’t believe my eyes when I saw locals eating ICE CREAM out in the cold while I had to stay inside with a cup of hot cocoa in my hands. So American.

The rest of the night was spent waiting in line (for an hour or so) at this famous restaurant far, far away… I’ll talk about this on my food blog (www.foodzeen.tumblr.com).

Here are links to the other travel posts related to this one!