Okay, I didn’t know Los Angeles was called that until I saw the movie Saving Mr. Banks. Anyways, after my very brief (2 days?) stay in Las Vegas, I went ahead of my group and traveled to Los Angeles by myself.

Brave man here, yo! To be honest, I was kind of nervous but YOLO, right?

My plane was scheduled to leave early in the morning so I had to get my butt to the airport extra early. The plane ride was uneventful as I slept most of the way. Then I was in L.A!

My friend, Isaac, came to the airport early to pick me up! I stayed over his place, too, while my group was still in Las Vegas. 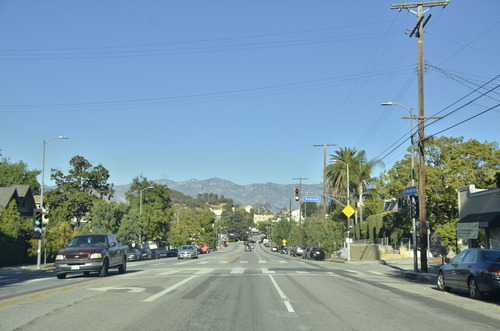 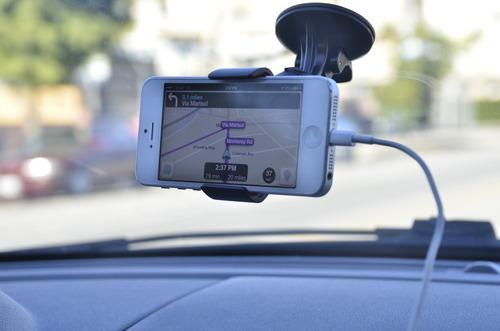 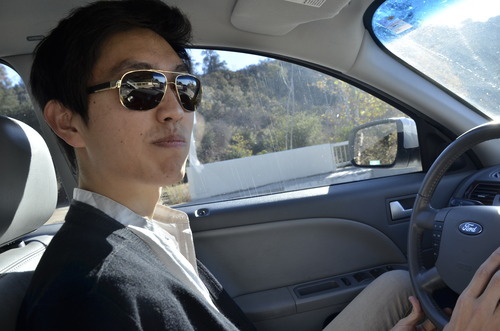 So for my first day in L.A, we decided to go visit Santa Monica. It was an hour (maybe) away and we immediately went there after dropping off my stuff at his place. Sea of cars on the way to Santa Monica! Then we reached Santa Monica! We were near the beach area and the place be fiiiine~ Perfect first place to see on my solo trip! Shopping area by the beach! 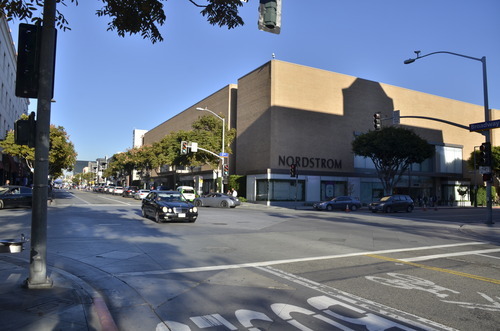 The streets were wide and clean. The air was fresh and the wind was blowing. Couldn’t have been a more perfect day!

We grabbed some pizza (a whole pizza for two .__., his idea) before we went to see the beach. It was almost sun-down by then so we decided we’d stay ‘til the sunset. This was one of the things I’ve always wanted to do in America. Watch a sunset. He was kind enough to let me see it. LOL 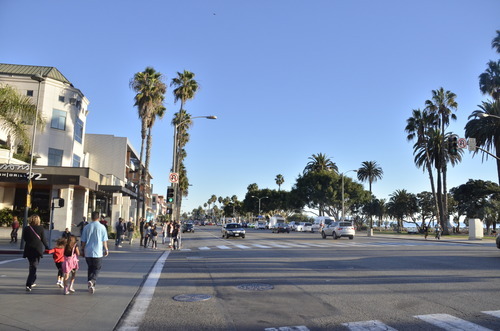 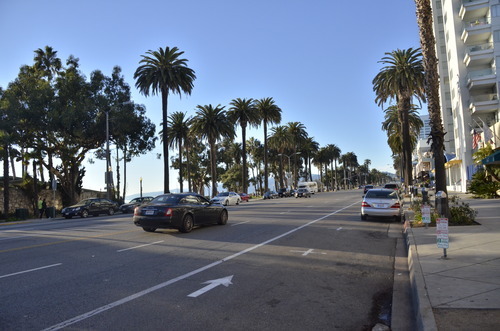 On the way to the beach area. Beach area? Bay area…? I like Bay Area better… Bay…area… Parking lot area. To the right is the beach~ And just behind the parking lot is a… what is it called…? A carnival…? o___o Yeah, I think carnival is right. Carnival by the Bay. XD 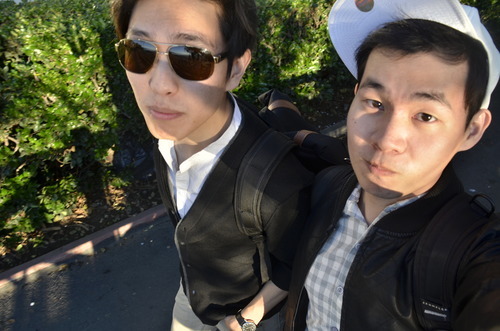 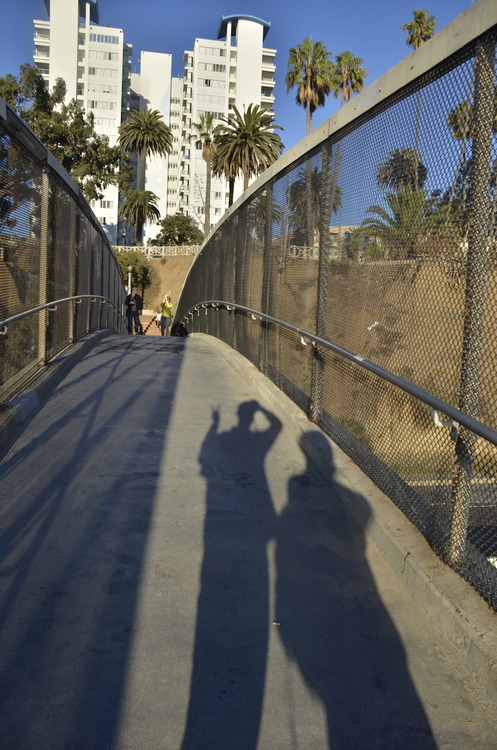 I guess we came from “Downtown”. keh~ The beach stretch. So American. 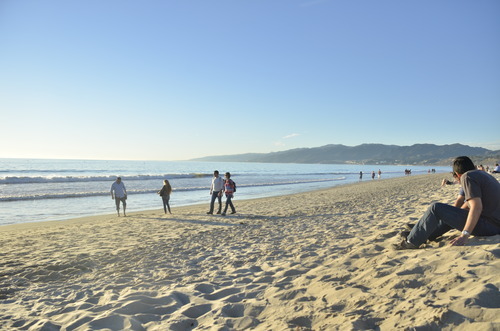 We did a long and sorta painful walk (sand was hella cold on our bare feet) to get nearer the water. There were lots of other people there, too. 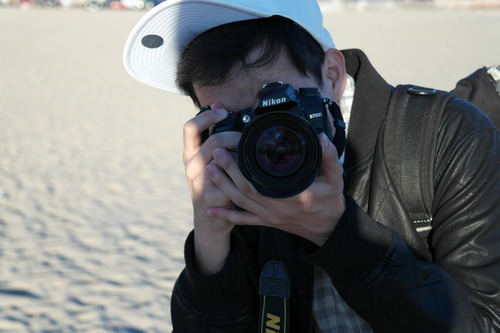 Butt prints in the sand. keke~ Such silhouette. Much drama. Izzy, if you ever wanna see yourself with skinnier legs… here yah go. XD Still want it? XD 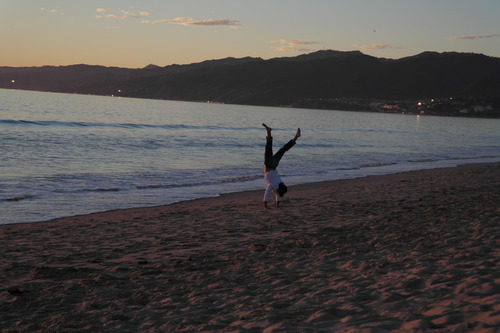 So American. LOL Photo courtesy of Isaac. I wish I knew how to do cartwheels. .__. 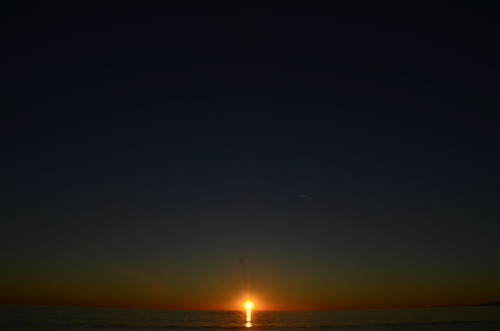 Then there was the sunset. Nothing else to say but that it was perfect. 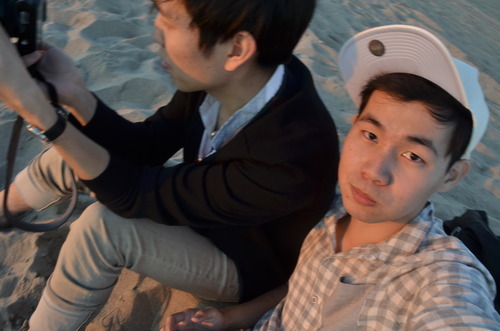 It became really cold really fast once the sun set… So we had to move. We went to the Carnival by the Bay and walked around for a bit. We didn’t ride any of the rides because… I forgot why… We should have… LOL The Carnival by the Bay. 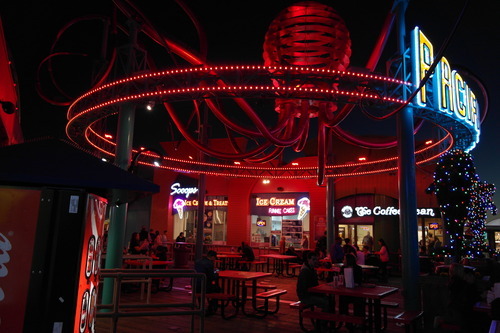 We took a stroll around the shopping area after this and had coffee and dinner. I got to see a lot of street performers and go inside Barnes and Noble.

The following days we went around L.A (specifically Korea Town). We went noraebang, ate K-BBQ, went to this family arcade and played dance revolution ’til our legs felt like jelly. I also got to experience going grocery shopping and the two of us were the only asians in the whole store!!!

I liked the feeling of just blending in. I really liked being there and just being one with everything and everyone around me. I want to go back, so, so much. I feel like I could have done so much more.

Special shout out to Isaac for taking the time to take me in and show me around. My place, wherever I’ll be in the future, is open if ever you decide to visit me next. LOL