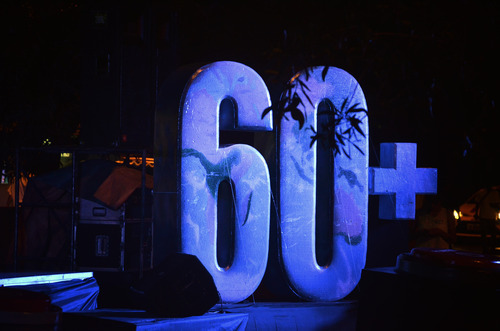 On March 29, 2014, Earth Hour was celebrated all over the world! For those of you who don’t know what Earth Hour is, shame on you! Just kidding! Earth Hour is a worldwide movement for our one and only planet Earth by the WWF (World Wide Fund for Nature). It’s a worldwide event that encourages everyone to turn off their non-essential lights for a whole hour! This year, the time schedule was from 8:30 pm to 9:30 pm.

So, this year, the bloggers were invited to SM City Davao’s Earth Hour celebration! Hooray!! I got to the event area late because I had to get a haircut (more on that on a different post) so when I got there, the parade had begun (I got stuck in the car waiting for the parade to finish because they were passing by the main road so I couldn’t get to the parking lot).

Aaaanyways, when I finally got to the event place, a band of kids were already singing for all the guests! They were so cute and so good! They sang songs from the biggest artists of today, such as Katy Perry and Bruno Mars!

Then, they did a tandem performance with a dance group. They performed Katy Perry’s “Roar”! 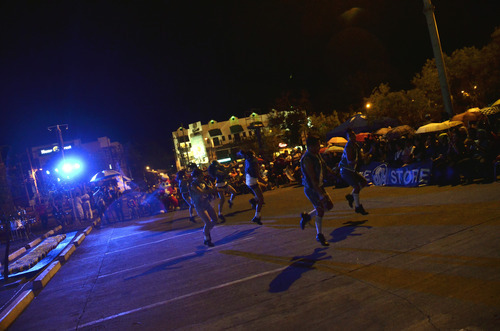 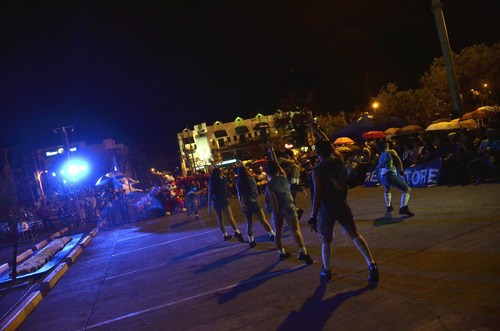 They were pretty awesome. Their dance routine had a lot of jumps, flips and tumbles!

It was almost 8:30 when all the performances and introductions finished. So, we all got ready for the countdown! Lights off! Then the scouts started lighting up the candles that (probably) read 60+ Earth Hour! (I didn’t get a good look at the whole thing. .__.) 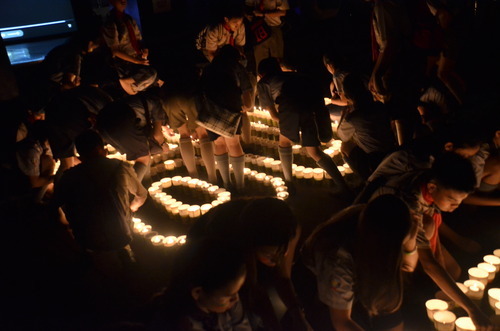 They also gave out candles to everyone in the audience! I didn’t get to take a photo of mine because I had too many things I was holding that time.

After the lighting of candles came the fire breathers and fire dancers! Fire storm!! I see Batman in the photo. What do you see?

What comes after the fire performers (or during, rather) was… the rain. I guess Mother Nature wasn’t happy? LOL Or maybe she was crying tears of joy because we celebrated Earth Hour! It was too bad thought because SM Davao definitely knew how to put on a show!

Anyways, the rain got stronger and our umbrellas were starting to look useless so we bloggers were forced to take shelter in Starbucks. 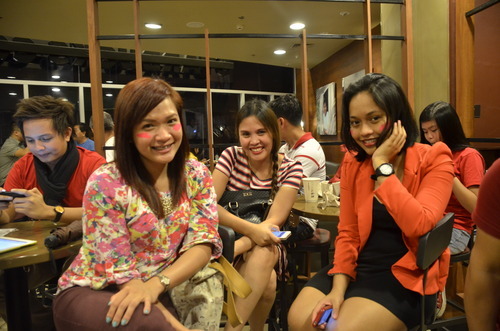 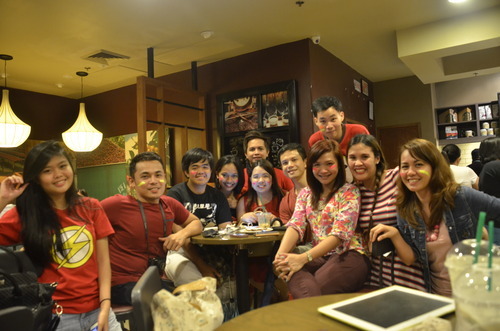 We all look awesome. Even me, with my totally new haircut. We all wore red that night (well, most of us) because Amazing Spiderman stars and director Andrew Garfield, Emma Stone, Jamie Foxx and Mark Webb pledged to support one Earth Hour Blue crowdfunding project each! (Such inspirations lah!)

The Earth Hour tag for this year is “Be a Superhero for the planet!” It was so much fun when I found a co-super hero from the bloggers! 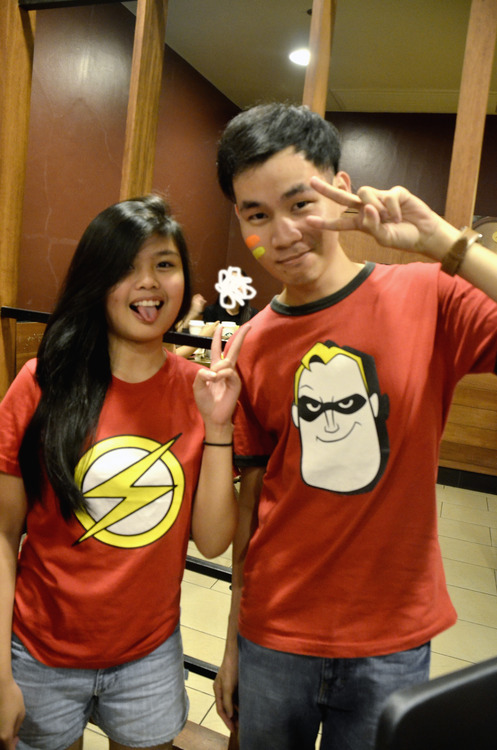 Danaea (from My Teenage Kid and Me) wore a “The Flash” shirt while I wore a Mr. Incredible shirt. Talk about being super heroes, huh? (Had to erase the person’s face in the back. Was right-smack in the middle of the photo and it was distracting. Sorry XD)

Let me end this Earth Hour post of mine with this photo. Enjoy! Featuring the lovely ladies, Miss Litratista and The Coffee Chic!