I was organising my laptop the other day and I found all the photos I took during my 6 months stay in Xiamen, China. The thought of having to go to China by myself to study was terrifying but I remember telling myself that it was for the better, and that all I had to do was jump in and everything would work out. It did better than ‘work out’. The best moments in my life so far probably happened within those 6 months and it would be a waste if I didn’t share some of the photos and happenings back then.

So this is part 1 of a collection of photos from that part of my life. And these are not posted chronologically. I made the mistake of not organising the photos by time. Sigh.

These photos were taken when my class went on a field trip to 火山岛 (huoshandao) or the ZhangZhou Coastal Volcano National Geological Park. It was such an awesome island with breathtaking views. 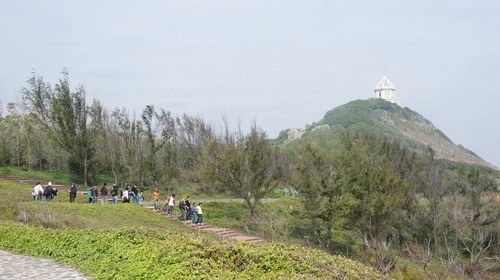 Our group walking along the pathways inside the park. 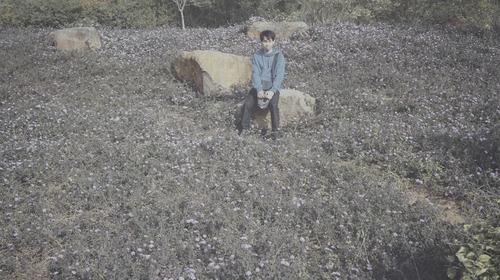 I found this lovely flower garden. The volcanic island is that lump on the left side out in the ocean. The park has this beach that everyone could access. It was covered in huge rocks that’re from previous explosions (I think)… I just know they’re from the volcano. LOL Class photo! Who’s that little punk in blue? Haha! I miss these guys so much!!! 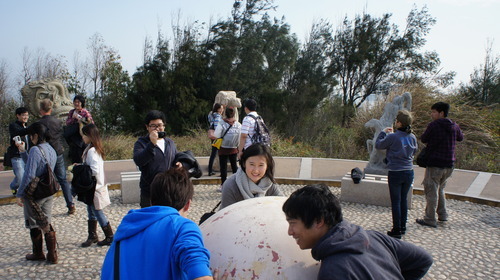 Also, we all found this area where these statues of the Chinese Zodiac animals are. We all took photos with our respective animals. I’m a horse, by the way.

Sack Race (and other sports)

This was when Xiamen Da Xue held a university-wide (I think) sports event. Our class joined the sack race (because that was probably the easiest). 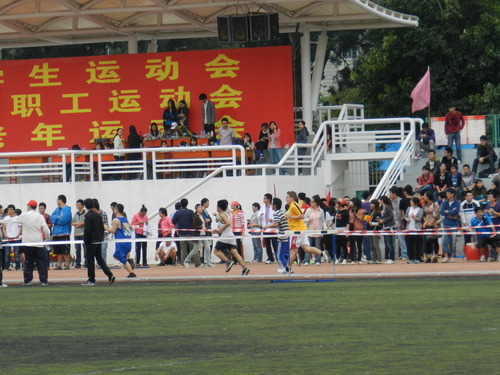 One of the sports was a race around the university oval. The whole event was held here, I think. 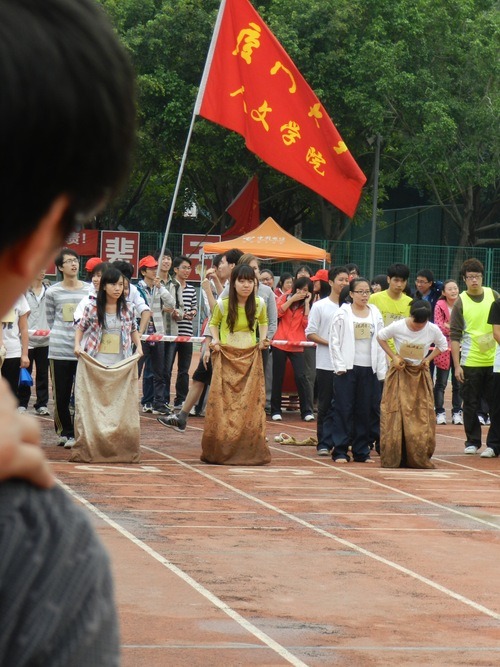 My friend MiSo in the middle (in yellow). So intense, lah!

That’s me in mid-air. I most probably have a goofy face (of concentration) on. In the end we won second place~ Erm, second place from the last. Hahaha!! At least we weren’t last place, right?

Tu Lou (土楼) is a traditional communal residence found in the Fujian Province. Tu Lou means “earthen building”. (You can googles this shiz). Come to think of it, I went to a lot of places while I was studying. Hoho~ 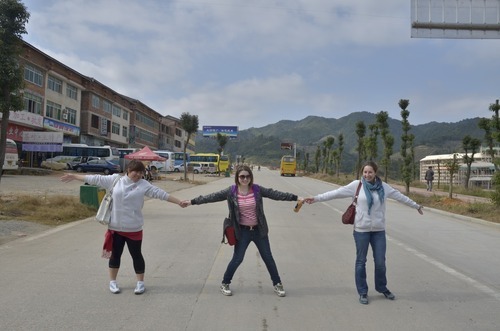 My three beloved girls. Miss them so~ This is a photo taken just outside the entrance to take the tour to Tu Lou. We ate in one of the buildings to the left. 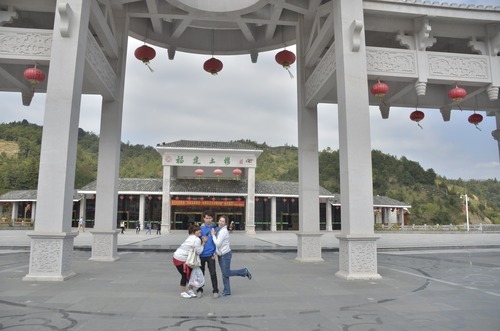 Giving me some love. Under this huge Chinese archway thing. 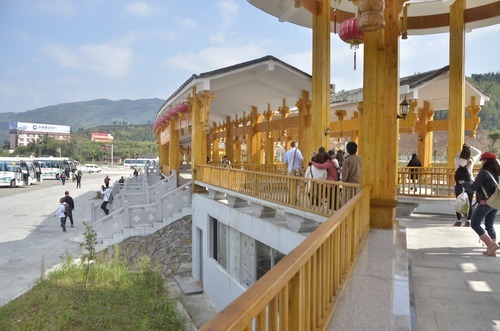 The architecture was beautiful. 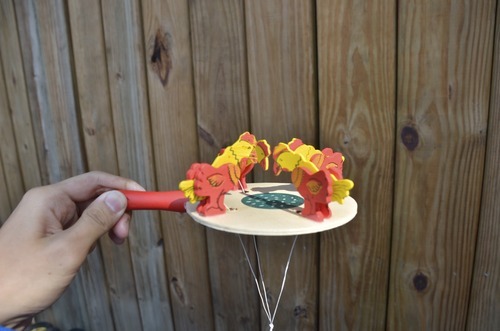 Found this in one of the shops along the way. It’s four chickens that start to feed when you make the ball attached to the string go around. Haha! Would’ve bought it if I wasn’t afraid it’d break inside my bag. 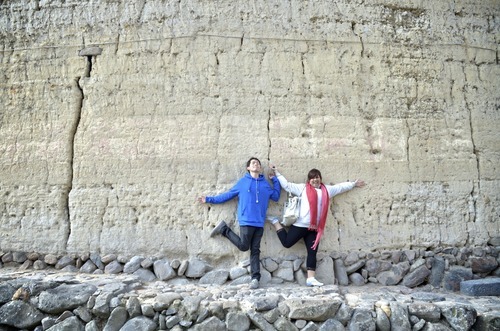 We reach the houses! This is one us on the wall of a Tu Lou. LOL The inside was beautiful. It’s basically a round structure. I think there are three to four floors and then an open space in the middle. It’s great to visit but I don’t think I could live in one…… One thing’s for sure, though. It’s lively since you’re all living so closely together. This little guy was happy living there, though. Haha! 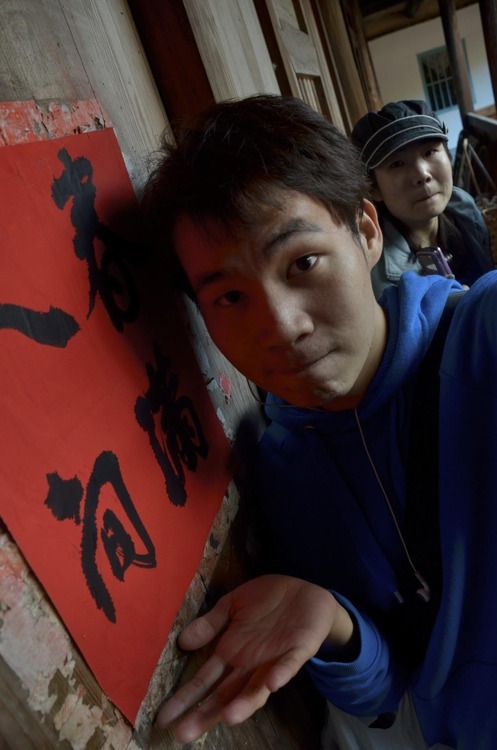 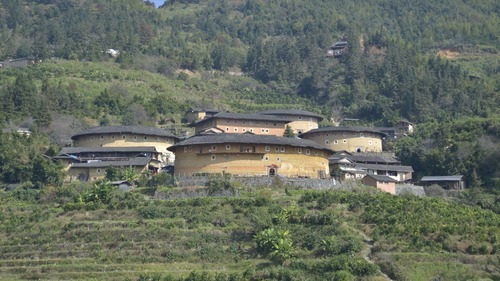 Forgot to show you guys how the houses look from afar. Haha!

This is it for Part 1 of my Remembering my Xiamen Life series! Can’t wait to (not get lazy and) post the rest of the parts!!!