Last month, August, I got the most awesome news that my friend Steph and her friend Julie are visiting Davao for a vacation! They stayed in my city for four whole days and we had the best times! I picked them up at the airport on the morning of August 9, 2014. I made a sign out of white cartolina and when I was there, all the other people holding up signs only held up, like, little boards or paper… Mine was big enough to hide me. It was kind of embarrassing to hold it up… but I did it when Steph and Julie came out. They took photos of me. Lol. This was their first time in Davao so it was up to me to show them as much of it as I could for four days. So on our first day, I brought them to Crocodile Park. We were lucky ‘coz we got to join the tour… though we missed the tiger part of the tour. D: We joined in during the crocodile feeding part. It was pretty extreme coz all these little crocodiles just started ‘crawl running’ towards the man with the bucket. The man dropped pieces of cut up meat in his wake and the crocodiles would just follow him. The crowd screamed every time a croc would get too close or something. Was pretty cool. 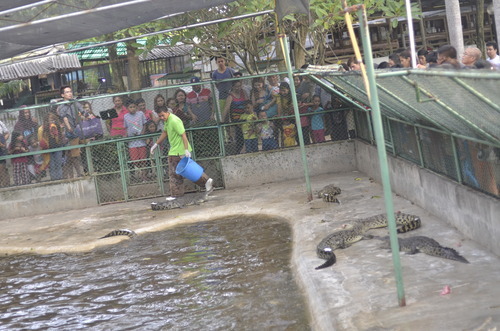 Turns out, the feeding was the last part of the guided tour. Lol. So we decided to free roam the crocodile area. First stop was the croc holding station. 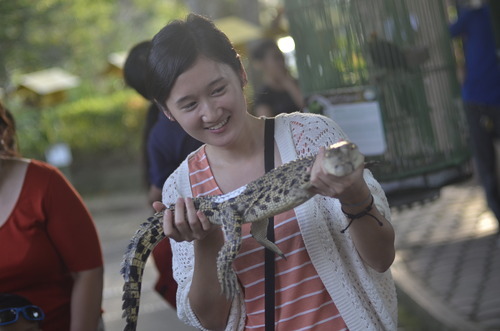 Check if the mouth is closed…. Julie didn’t want to do it but she did interact with a snake! She is clearly enjoying worried.

We saw some of the other resident animals while we roamed around. 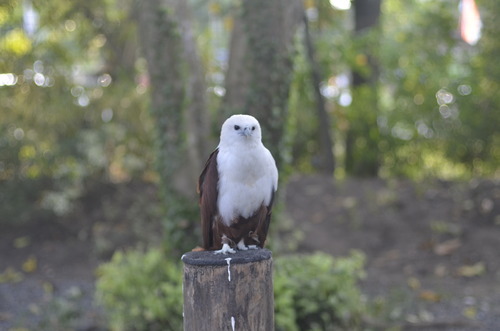 I legit wanted to pet the tiger. D: So we roam around a bit more and then Steph and Julie see.. 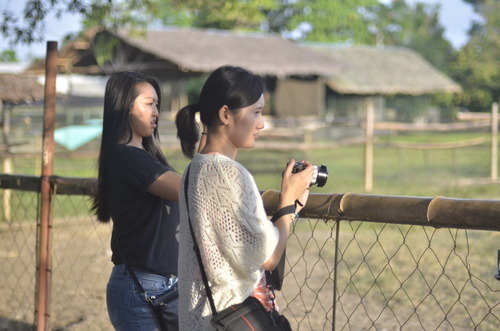 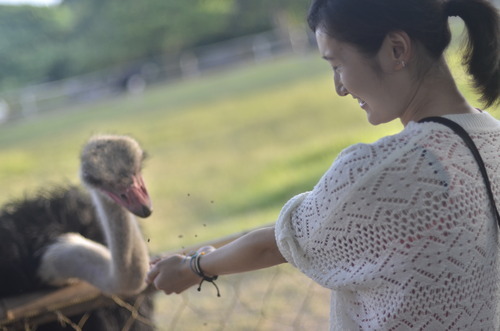 Ostriches! Steph decided to be a badass and feed them even though it was illegal. Lol, just kidding, We got to feed them for 20 php. I have photos from Julie but my face was just blah.

Anyways, we roam around some more and see a few more animals. We saw deers. This one just decided to take a bath where they’re supposed to drink water. Bad deer. We also saw this dood. Being all cool up in the trees. Found him inside the dragon’s den. LOL

When the sun set, we all headed to the Tribu K’Mindanawan area for the most awaited fire show. But before the fiery event started, we were tickled by the talented host for the evening. Even though Julie and Steph couldn’t really understand what he was saying, they still laughed along. He has charisma. Haha There was a mini-game before the main event and it was pretty fun to watch. Basically, the contestants had to tip over cans of soda on top of the boxes scattered on the stage with a tail attached to their backs. It was hilarious. 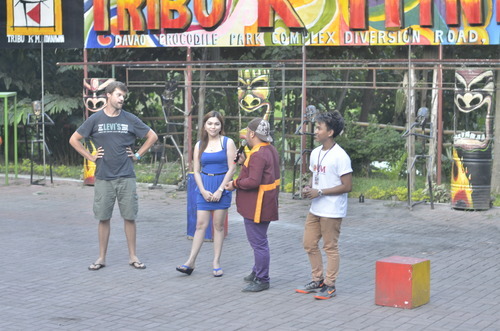 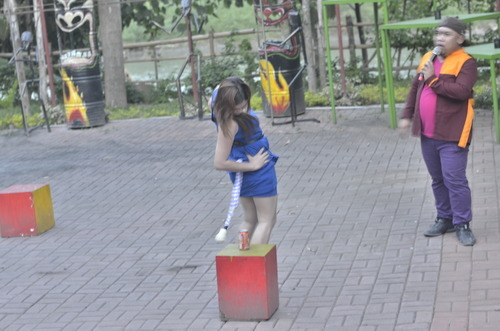 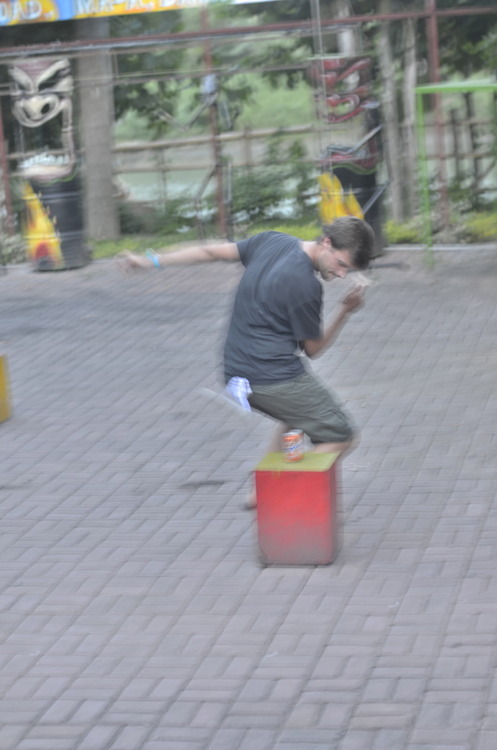 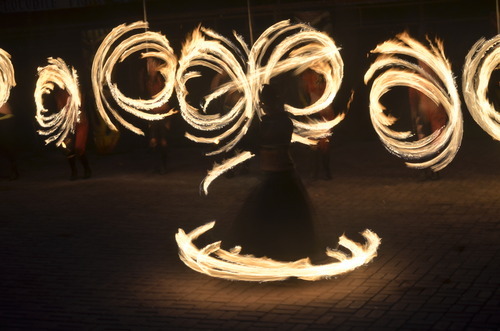 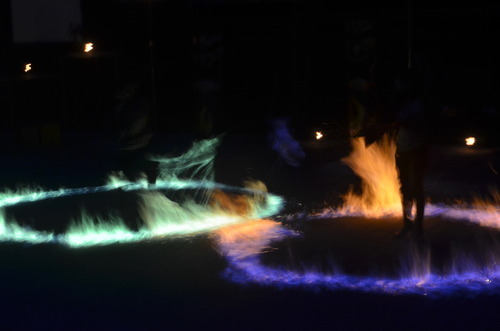 I call this Charizard X and Y. Hoho~ This was my favorite part of the show because this is something new. They didn’t have this the last time I watched their performance so it was pretty fun to watch. So, basically what’s happening in the photo is they drew with fire on the floor. Epic. And then there were the Ember Dancers. I also love this type of fire dancing because it looks like a million fireflies dancing along with the dancers! Pretty sight to see indeed~

So after that hot performance, we went to visit my favorite (and only) dog cafe~ Mini Air~ The owners were very sweet and gave us a cooling dessert. 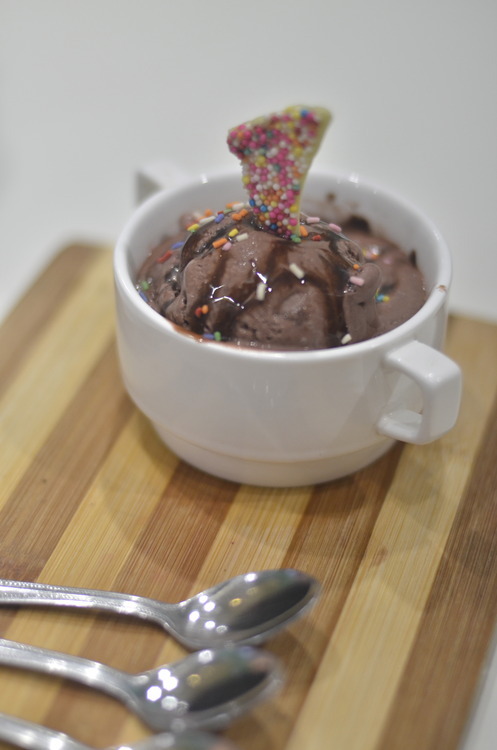 The first day was a very light Davao trip because what I had in-store for the next two days were a bit more challenging. This ends our first day! Will post the next days soon!

The Rest of Our Trip!