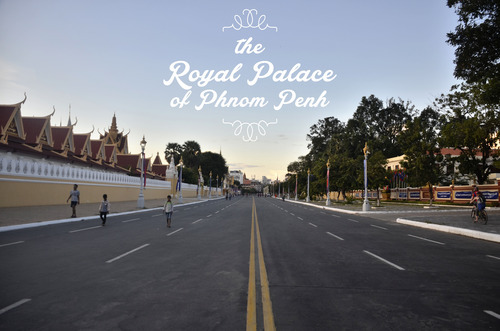 Having our hotel just one block away from the Royal Palace of Phnom Penh meant we were practically royalty definitely going to see it. Anyways, we enter the royal grounds through the royal visitor’s entrance after we bought our royal tickets and I was royally breath-taken by the view!

Befitting the king’s Royal Palace, a well-kept royal lawn greets the eyes of guests. Our first stop was the Throne Hall. 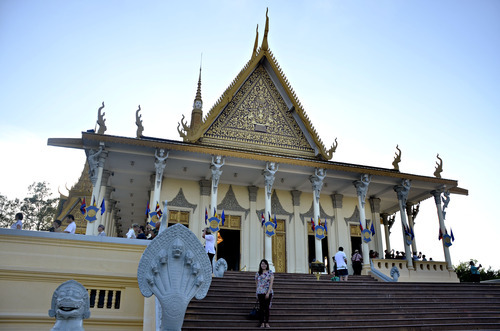 The ornate patterns that you can find all over the structures make the place even more regal-looking. 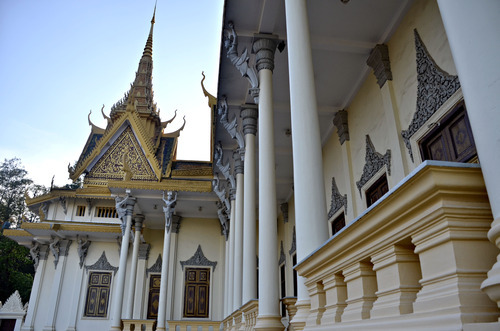 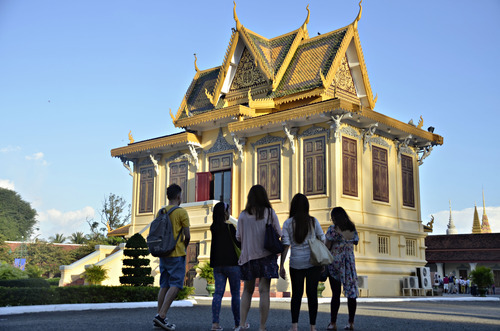 After walking around the Throne Hall area, we were herded towards the adjacent complex where we find the Silver Pagoda, but not before we got to take a selfie with a royal guard. 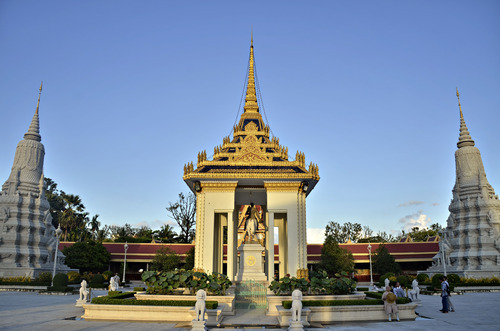 The Silver Pagoda was given its name because its floor is covered with five tons of silver! We are also supposed to see a bunch of buddhas made of gold or baccarat-crystal and adorned with diamonds, but we were too tired and pressed for time to fully explore the place. We got to visit one of the buildings that held royal items made of gold and silver. Wasn’t of much interest for me. 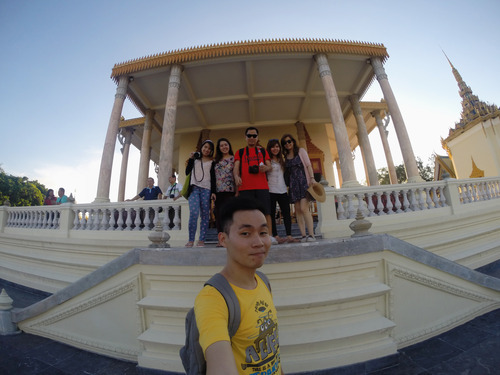 There wasn’t really much to see but the spacious courtyard was a sight on its own. And what’s a better use for such a large area other than mock fight scenes? 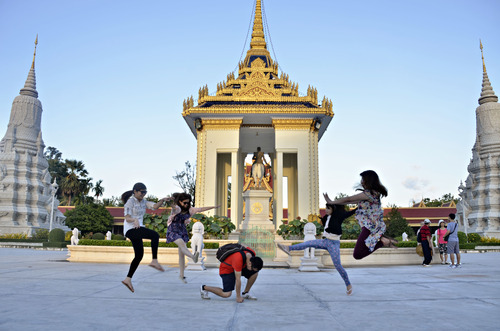 We ended that tour with a royal bang!

The Rest of Our Trip